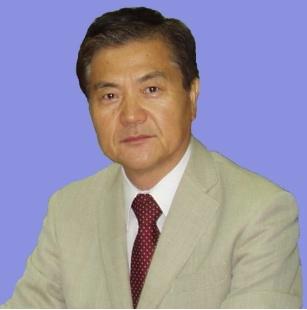 Welcome to our website.
I am very happy to invite you to our homepage which, I hope, will serve you well in knowing about our services and activities for promoting Japan-India relations. Our mission includes rendering consular services (e.g., visa, passport), providing support for facilitating economic relations, organizing cultural and educational programs, and extending grant assistance to NGOs for their grassroots projects aimed at uplifting the life of the underprivileged in local communities.

The Consulate-General of Japan, Chennai (former Madras), was established in 1966 and covers three southern states of Tamil Nadu(TN), Andhra Pradesh(AP) and Kerala(KR) plus Union Territory of Puducherry. Karnataka(KA), which was formerly covered by us, now comes under the jurisdiction of the Consulate of Japan at Bangalore (established in April 2008), the Embassy of Japan, New Delhi.

The bilateral relations between Japan and India, the two democratic countries sharing ancient historical and cultural bonds through Buddhism, has been dramatically developing and expanded in the past several years in many areas including business, trade, investments, global partnership, cultural exchanges, etc. This is well demonstrated, for example, by a rapid increase in the number of Japanese companies and nationals present in the southern India. In April 2007, when I came here as Consul-General, the number of Japanese companies in the south including KA was 160 and Japanese nationals 680. They are now 490 and 1240 respectively, and are steadily continuing to increase, particularly in TN (mainly Chennai) where the number of Japanese companies almost quadrupled from 65 to 240. Along with these development, various Japanese cultures, such as its language, art (ikebana, bonsai, manga), cuisine (sushi, tempura), martial art (judo, karate), are becoming increasingly popular among Indian people, and more and more Japanese people, vice versa, are becoming interested in Indian cultures including ayurveda, yoga and World Heritage. I am confident that our two countries have a huge potential for further development as strategic global partners.

Bearing the above in mind, I wish to continue to do my best to further promote our relations through our services and activities for you, and your support in this regard would be highly appreciated.